Drugs - Without the Hot Air: Minimising the Harms of Legal and Illegal Drugs David J. Nutt 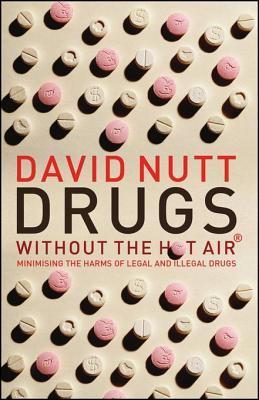 As a result of this and other comments on the harms caused by legal and illegal drugs, he was sacked by the then Home Secretary. In Drugs - without the hot air, Prof Nutt puts the case for an evidence-based scientific approach to drugs. In straightforward languages for the lay person, he explains what drugs are, how they affect the body and the mind, and why people take them and get addicted to them. He shows how we can quantify the overall harms of a drug, addressing issues from direct danger of death, through to environmental, financial and family factors, to obtain a true indication of the overall effect of a drug.

Then, working from the facts, he recommends how society ought to address drugs and drug-taking, to minimize the harms at every level. * How do drugs act on the mind and body? * Which is the worst drug of all? * What is addiction?

How do drugs become addictive? How can addiction be treated? * Why did Native Indians never get addicted to smoking but we do? * Drugs of the future: alcohol substitutes. * cognition enhancers for memory intellect. * Why did Queen Victoria take cannabis and cocaine? * Does making drugs illegal work? If not, should drugs be sold in supermarkets instead?

* Psychedelics for creativity: should scientists take LSD? (Kary Mullis and Francis Crick did.) * Performance drugs in sport. * Where to find help if you need it. * What should I tell my children about drugs? And when? * How much does the War on Drugs cost? What unintended consequences does it have? Is it effective? * Not all drugs harm equally. We need to quantify the harms of each and every drug. Then we can make informed decisions regarding our choice of lifestyle, and policymakers can take a rational approach to legislation on alcohol, cocaine, heroin, tobacco etc.

A potential deep rift between governments need to appear tough on drugs on the one hand, and a rational evidence-based approach to drugs legislation and treatment, could have very damaging consequences.

Comments
Comments for "Drugs - Without the Hot Air: Minimising the Harms of Legal and Illegal Drugs":