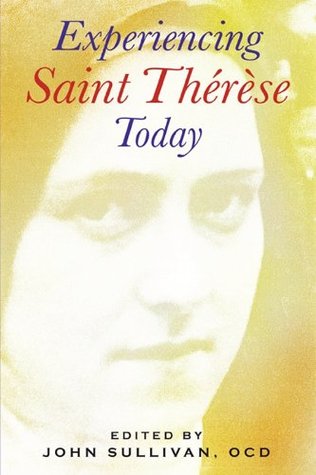 A recent prize-winning film has borne witness to the fascinating appeal her person and thought have for the most varied audiences. The essays in this volume pay tribute to the spell she casts and mine the perennial spirit of the life-example and writings she has left us.In 1988 the Carmelites of the Ancient Observance organized a program of talks to explore just how close Thérèse remains to believers today.

The text in this volume offer many insights into the richness of the Carmelite nun who was called by one of the popes of our century “the greatest saint of modern times.”“One sign of appreciation for Thérèse—and it is mentioned several times in the eleven essays—was Alain Cavalier’s beautiful, though flawed feature-length film, “Thérèse.” Exiting from a showing of it here in Washington I heard one woman remark to another, ‘How would you like to be like her?—so pure, so committed.’ Those two characteristics of Thérèse are main poles of her up-to-date spirituality.

Purity of intent—symbolized in so many vivid ways in her writings, but maybe none better than the words quoted by Graham Greene a while ago in his novella Monsignor Quixote, ‘Before we die by the sword, let us die by pin stabs’—made of Thérèse a selfless, dedicated lover of personified Good. Her deep sense of commitment to God and neighbor led her to real sacrifices without turning in on herself. By them both, she smilingly directed her attention to people needing help around her: Fom Panzini early on, to obnoxious nuns in the monastery, to those at the ‘table of sinners,’ on to will-o’-the-wisp Diana Vaughan who elicited so much of her sympathy.

They moved her to deep, adult compliance with the Gospel imperative of touching others by effective love. Pure and committed: traits sought after by so many of us as we start out toward the other end of this decade . . .”from the Introduction of Experiencing Saint Thérèse Today