Within the Circle: An Anthology of African American Literary Criticism from the Harlem Renaissance to the Present Angelyn Mitchell 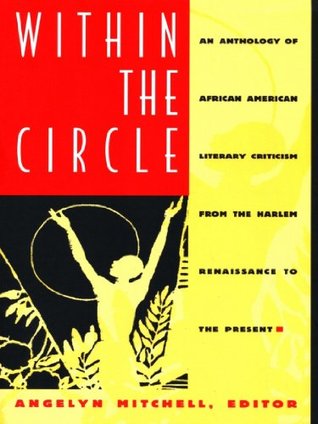 Drawing on a quote from Frederick Douglass for the title of this book, Angelyn Mitchell explains in her introduction the importance for those within the circle of African American literature to examine their own works and to engage this critical canon.The essays in this collection—many of which are not widely available today—either initiated or gave critical definition to specific periods or movements of African American literature.

They address issues such as integration, separatism, political action, black nationalism, Afrocentricity, black feminism, as well as the role of art, the artist, the critic, and the audience. With selections from Langston Hughes, Sterling Brown, W. E. B. DuBois, Zora Neale Hurston, Richard Wright, James Baldwin, Toni Morrison, Barbara Smith, Alice Walker, Henry Louis Gates, Jr., and many others, this definitive collection provides a dynamic model of the cultural, ideological, historical, and aesthetic considerations in African American literature and literary criticism.A major contribution to the study of African American literature, this volume will serve as a foundation for future work by students and scholars.

Comments
Comments for "Within the Circle: An Anthology of African American Literary Criticism from the Harlem Renaissance to the Present":